Benedek Lampert, a Hungary-based photographer who specializes in photographing toys and miniatures (particularly Lego), has taken a behind-the-scenes look at one of his biggest projects to date: the 801-piece Harry Potter Hogwarts Express train set.

In the short three-minute video, Lampert skips the process of building the actual Lego train and instead focuses on his process of planning, measuring, cutting, painting, and finally building the surrounding sets for his toy and miniature projects.

Delving deeper into his YouTube channel, it’s clear that Lampert spends a great deal of time ensuring that the details of his projects (down to the smallest scrapes and scratches) are crafted with precision and care.

As he says in his email to petapixels, “These photos are very special because I worked with the largest Lego train ever. The new Hogwarts Express is a beast! Because of the sizes, I had to create large scenarios. For example, I worked on the wall at Kings Cross Station for about 20 to 25 hours.” 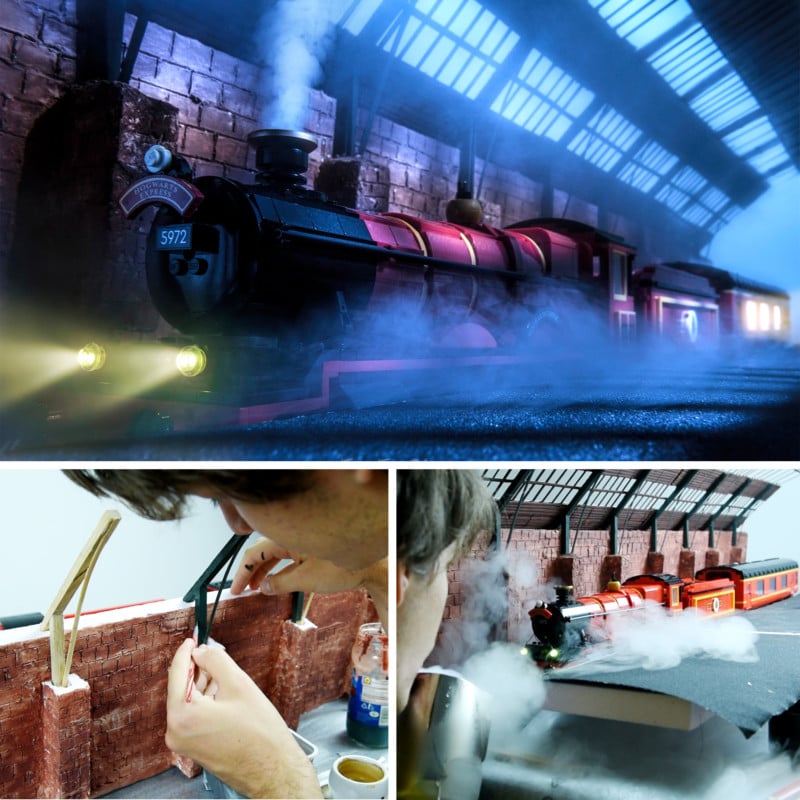 Lampert says he started his photographic journey six years ago and that he loved creating imaginary worlds.

“I first drew comics, but later, when I became a photographer, I found my passion in toy photography,” he says.

Lampert says that most of his images were created on a Nikon D750 with a Nikkor 24-70mm and a Laowa 15mm Wide Macro lens and that they have become his favorite pieces of equipment. In this case, however, he also included photos taken with a Tamron 70-300mm lens to take advantage of telecompression. 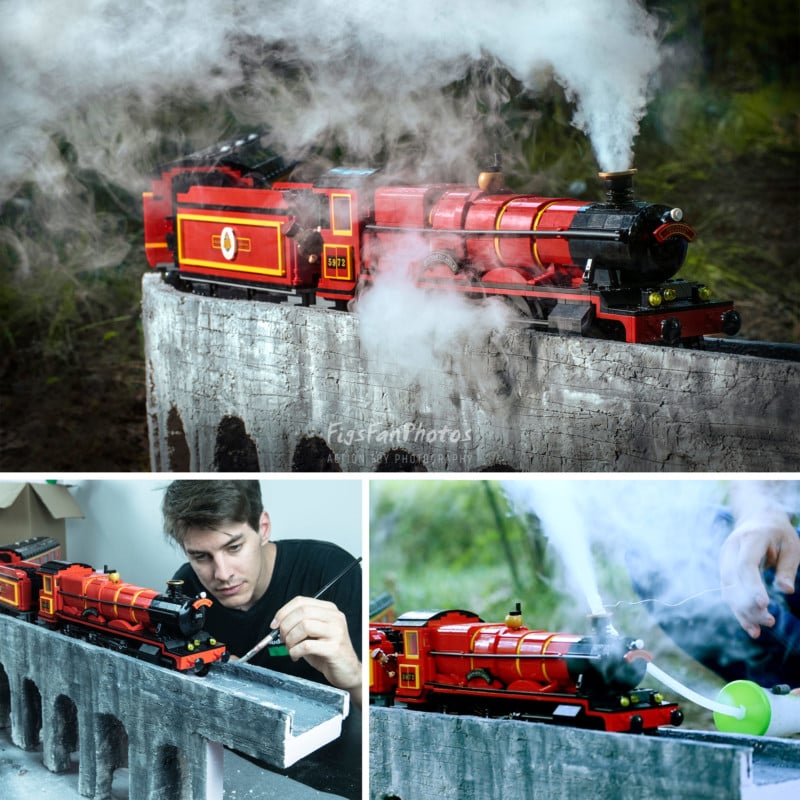 The interior photo, which mimics a scene from the third Harry Potter film when the characters first encounter a Dementor, tells Lampert that the Lego Hogwarts Express carriage contains three sections with scenes from three Harry Potter films, what makes this setup the simplest of the series.

“The LEGO set has already provided the backdrop. I just had to worry about character positioning and lighting, and used some smoke for the foggy atmosphere.” 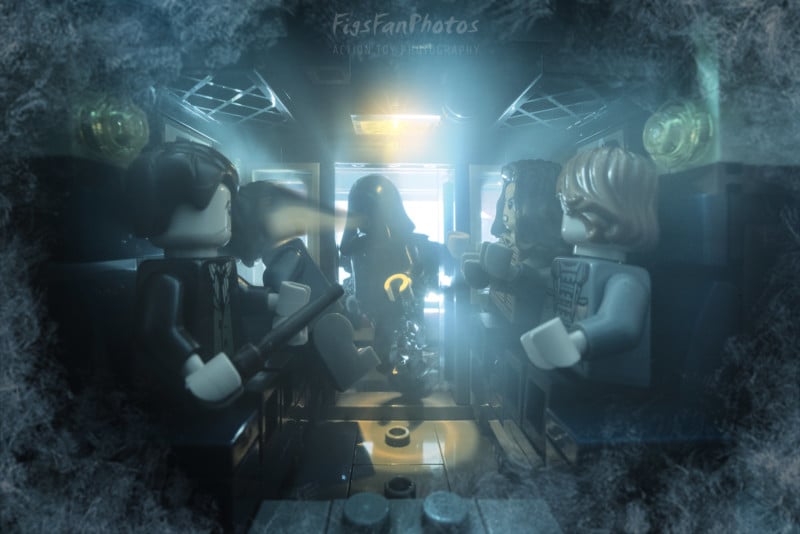 For the most part, Lampert does everything in front of the camera, building miniature sets and finding locations – or building more complicated sets – that fit the scene he’s laying out.

To create the smoke in his paintings, Lampert uses a homemade smoke machine that works with dry ice. The plastic tube is actually an ice cream holder from a theater in which he cuts a hole and then pours some hot water through the tube to create the fast-flowing “steam” that he uses for the locomotive smoke puffs.

“Due to the unpredictable nature of steam (I mean it’s totally random how it behaves and how it looks) I have to mix the best variations. It also takes a lot of trying to get the perfect look.” 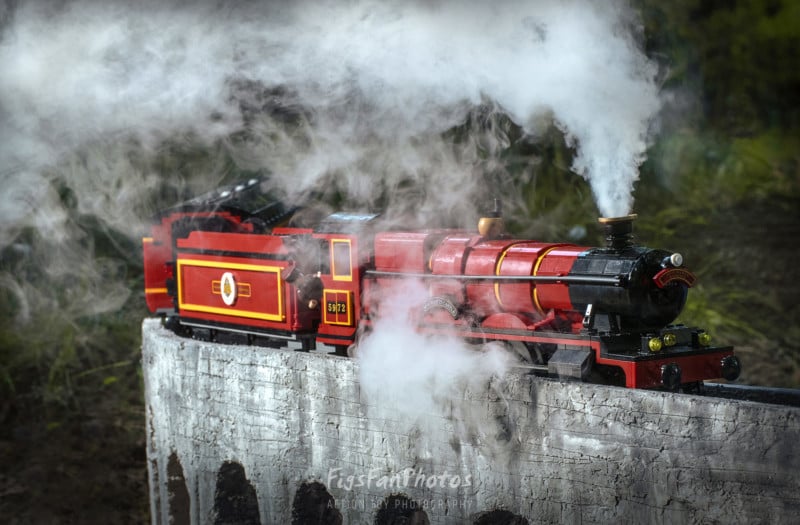 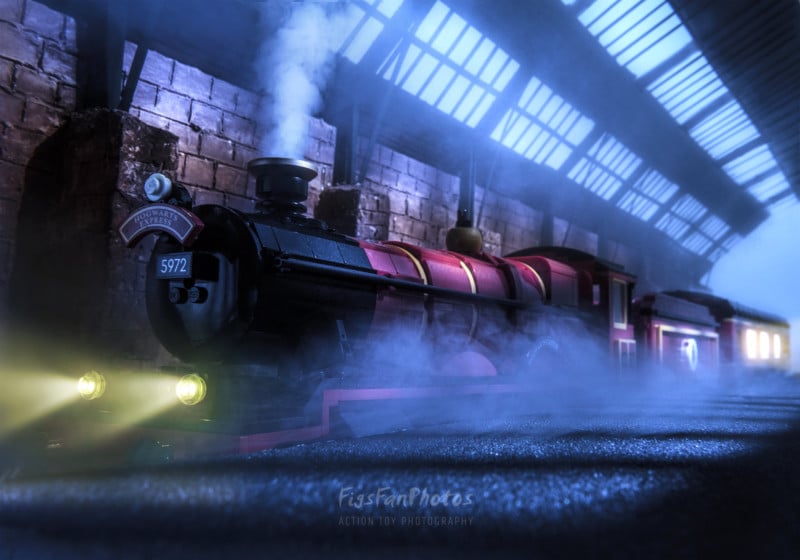 For those looking to create toy images like this, Lampert says the most important thing you can do is focus on the lights.

“The most important thing is how you light your set. Everything depends on it. The same scenery could look like a simple toy or a frame from a movie. Practice A LOT to learn how to get a realistic result! As a toy photographer, I try to copy the attributes of the real world,” he says.

“Light has many different uses and it’s really important to find out which ones we use to create a particular situation. And of course the viewing angle and the colors are also important. The right camera angle helps to put the viewer in the scene. The right color correction can create a stronger mood.” 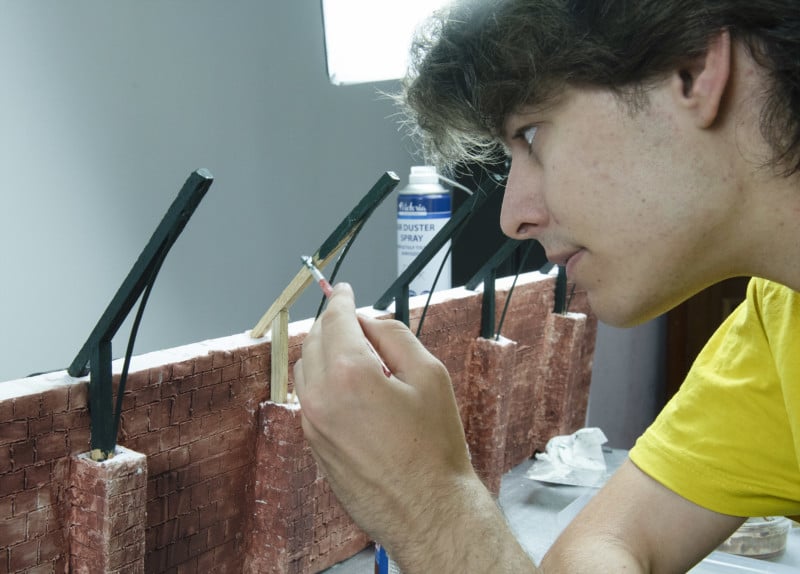 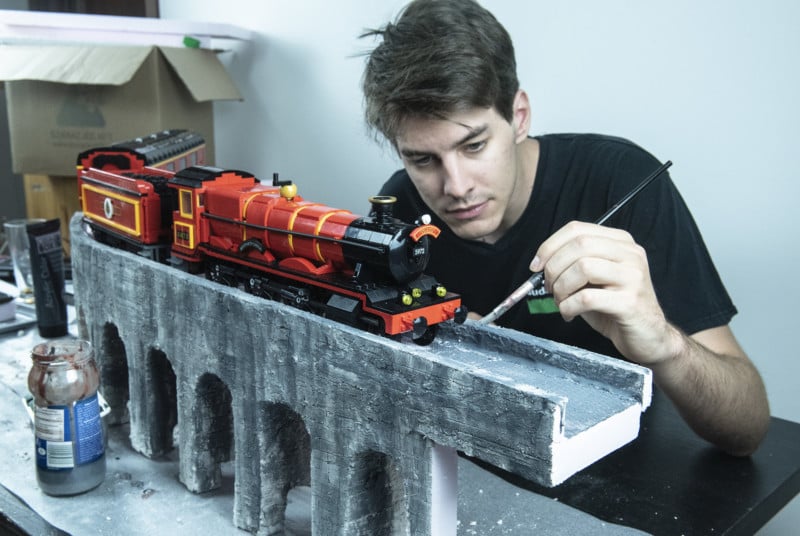 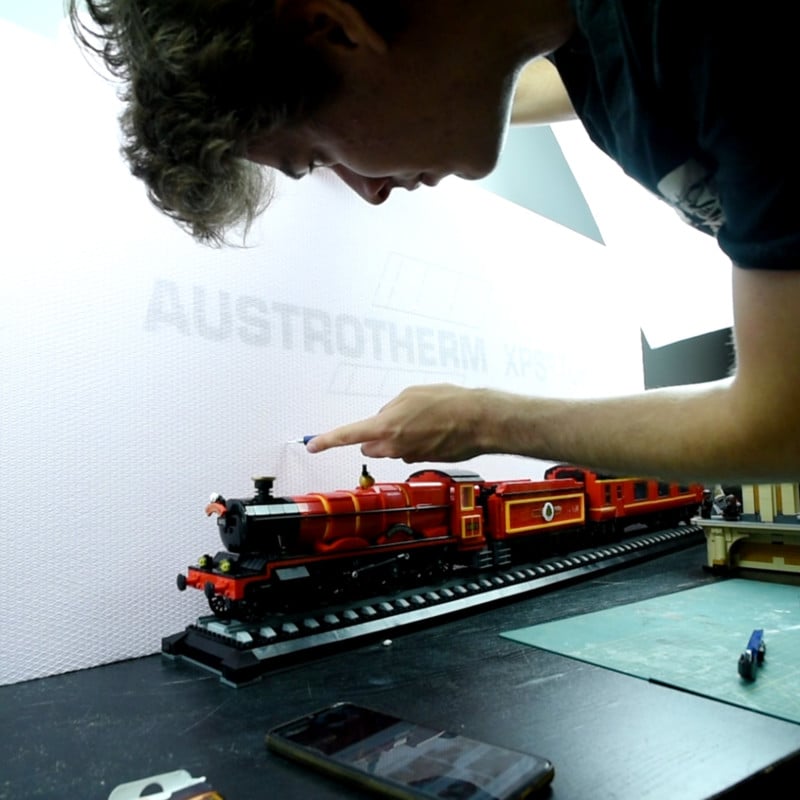 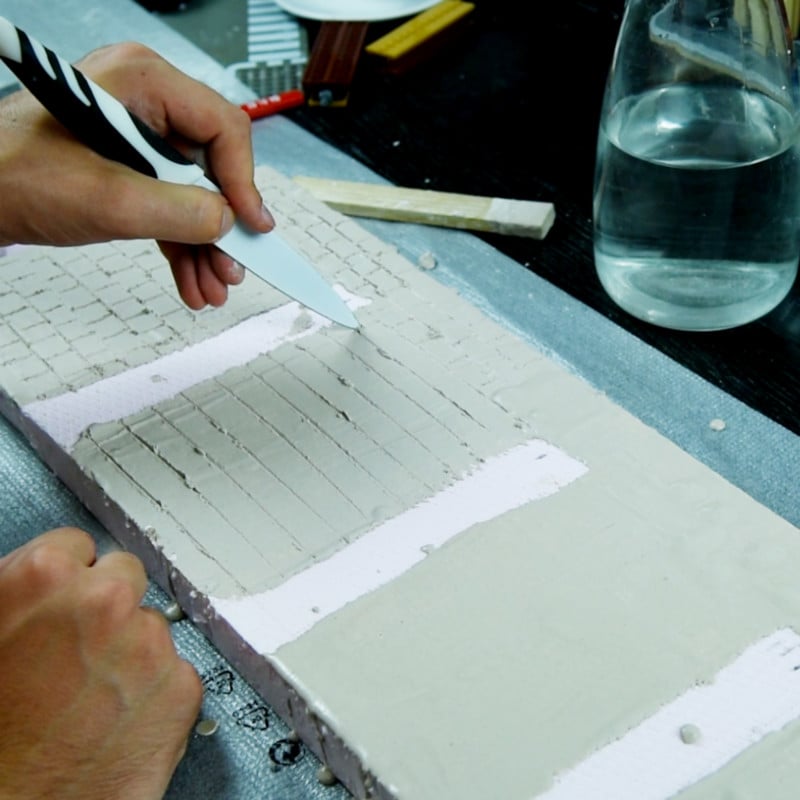 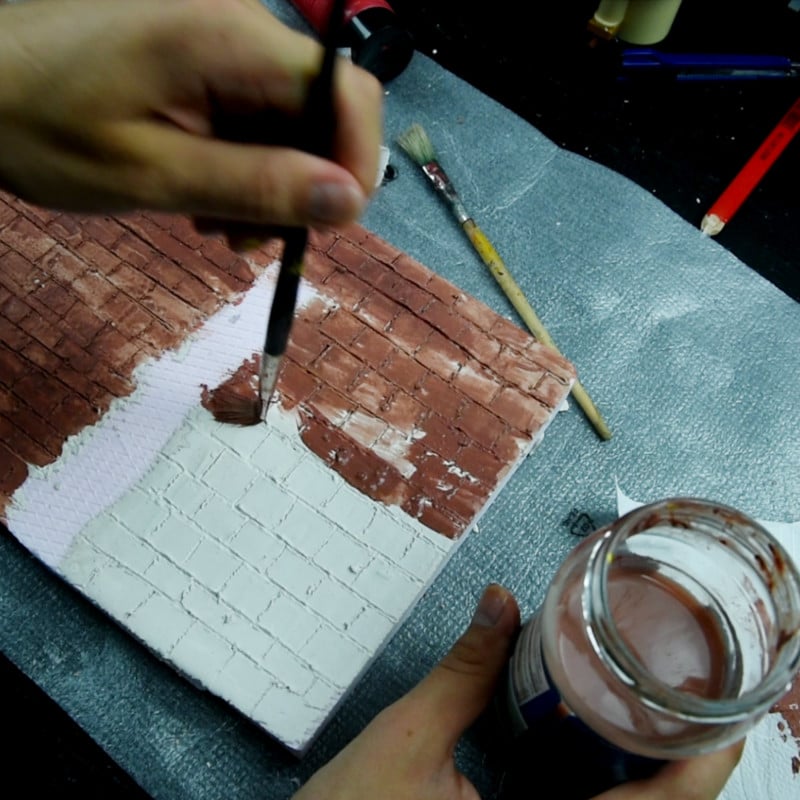 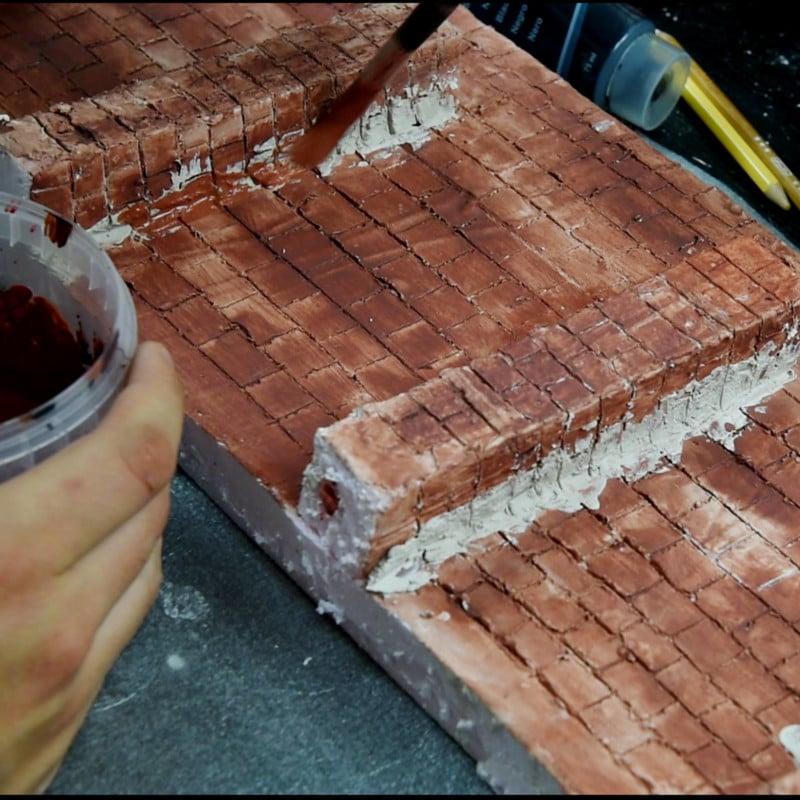 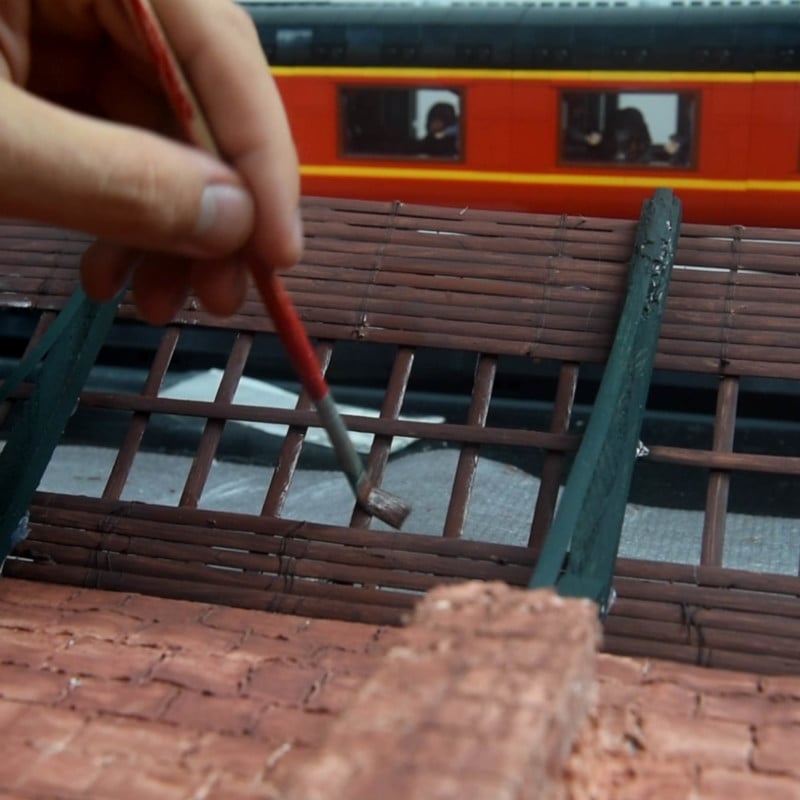 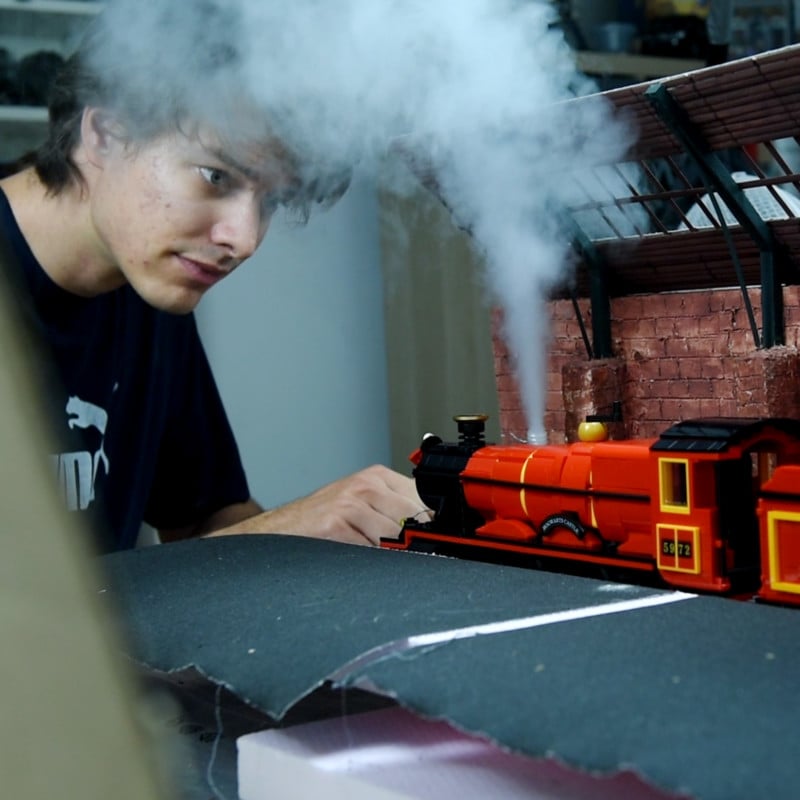 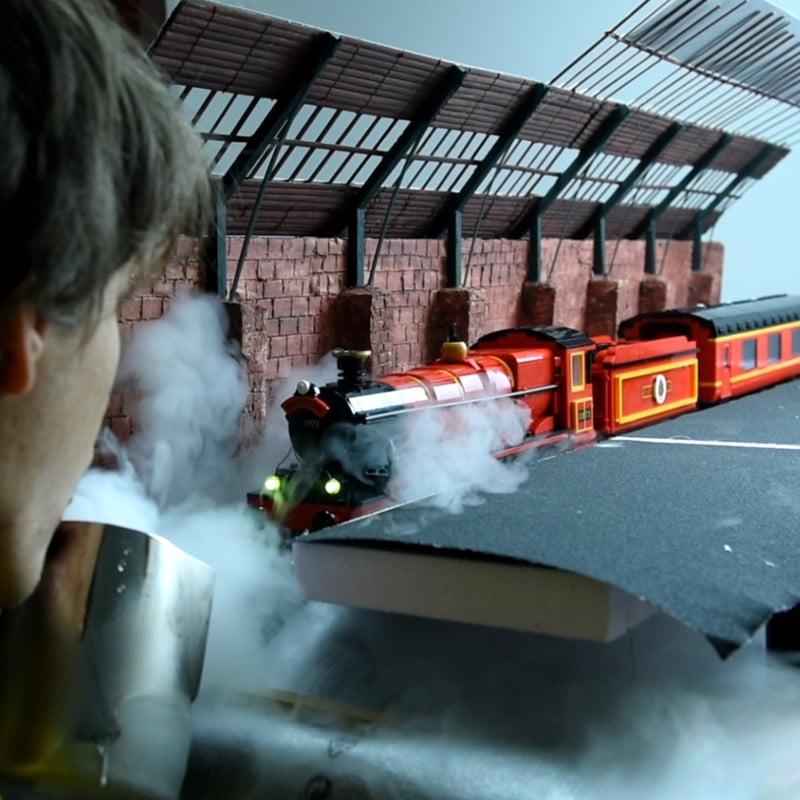