Elliniko, early September 2007. A skinny young man with a camera wanders across the empty, yawning expanses of Greece’s former international airport on the south coast of the capital. As he gazes at the abandoned planes that have been lying desolate for six years since the airport closed in 2001, he feels a pang of nostalgia that goes way back.

He remembers his first time on an airplane as a young boy in the 1970s and flying with his parents to his home island of Lemnos. He also remembers the countless times he waited in the main arrivals hall with anticipation for his father’s return from a trip abroad. Such reflections became a habit for Alexandros Lambrovassilis, who visited the old airport site for years and created a photographic log full of memories and the smell of the Saronic Gulf.

He met Carolyn Russo, an American colleague with a shared passion for airports, in 2011 when they both participated in the Focus in the Depth of America exhibition at the 14th International Photography Festival in Lishui, China. The acquaintance soon grew into a collaboration, and in 2014, as curator of the art collection at the Smithsonian’s National Air and Space Museum in Washington, DC, Russo selected a series of Lambrovassilis photographs by Elliniko for inclusion in the museum’s permanent collection. Now she has also selected six portraits by the Greek photographer for the large international exhibition “Faces of Our Planet”.

The show seeks to “explore the human experience of life on Earth and how globalization is affecting cultural, community and individual perspectives in different regions of the world.” Ahead of the Oct. 14 opening, Kathimerini reached out to the two photographers, a Greek and an American, who met as part of a show in China and wrote their own little, creative chapter in the epic drama of a globalized planet.

“An intimate conversation with familiar places” 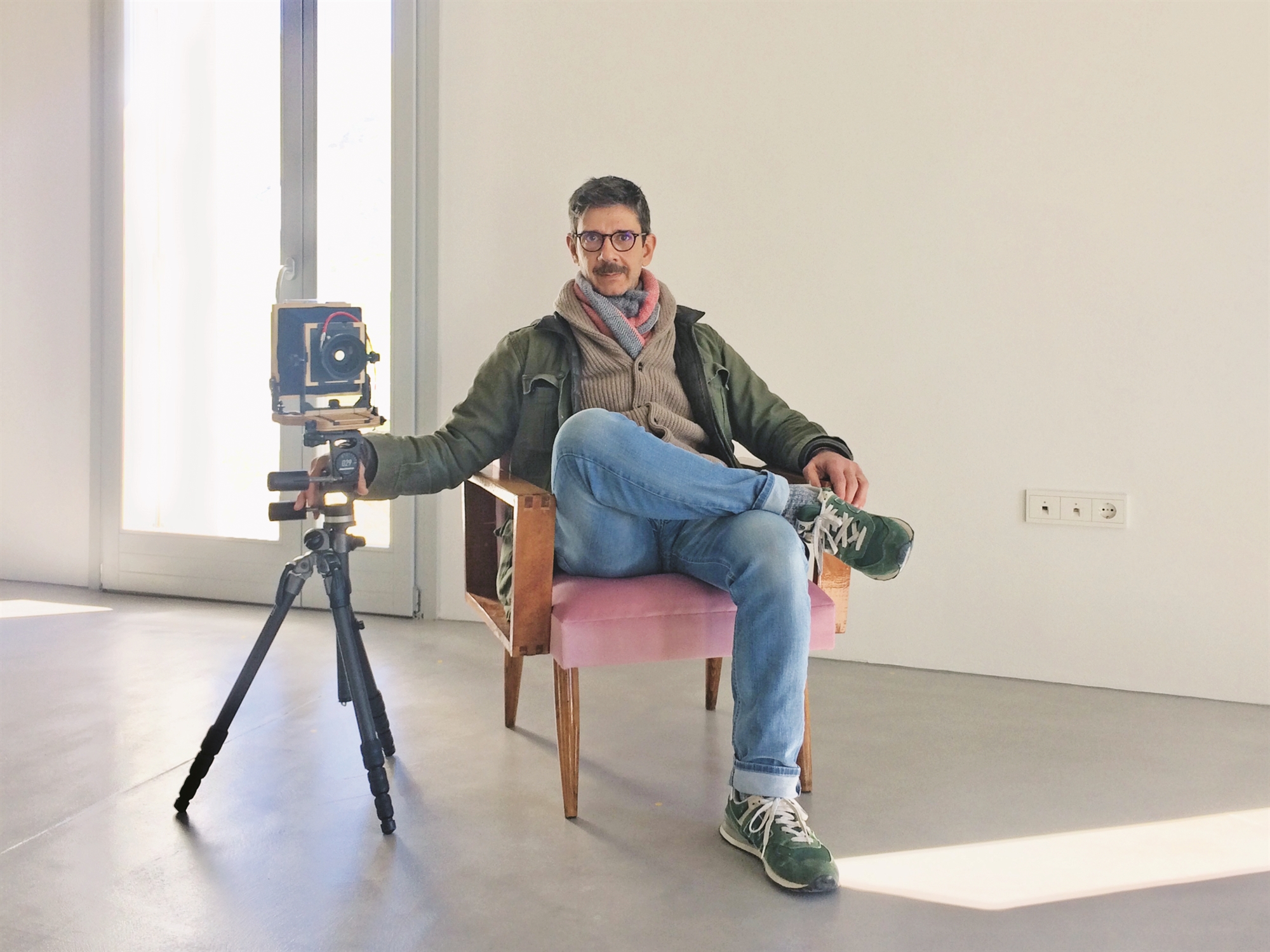 What can you tell us about the portraits you show in Faces of Our Planet?

READ:  Weekend for the arts: photography portraits, a world of printmaking

I started approaching the subject in April 2016 and finished the series in October 2018, splitting my time between Athens, Lemnos and New York, photographing people from all parts of the world. I submitted a total of 27 portraits and the curator chose six that focus on Greece. Alekos Liapis, Mirion Gjoni, Dimitra Aggelou, Ernesto Argyris, Andreas Kontellis and Konstantinos Ploumbis embody different aspects of modern Greece, which sometimes encroach on the deep past or sometimes on the “attention economy”. Their faces allow me to talk about archetypes, about the power and will you find in the earth, in art, in science and in poetry. It is an intimate and friendly conversation with the familiar places of my childhood, Lemnos and Athens.

How do these “homelands” – Lemnos and Athens – appear in your work? And is the United States perhaps a new home, at least geographically and culturally?

So I actually feel like I have three “home countries”. Athens represents youth and curiosity; Limnos is freedom, exploration, love and tranquility; and the United States is the “dream,” meaning the place where the dream believes in you. As for Lemnos, I could even say that it is a reference point, a place where I have been photographing and observing the familiar for more than 30 years. It is my studio where I seek and develop experiences in landscape photography and in the narrative of photography.

How would you describe your relationship to photography? how did it start What fascinates you so much about it and how do you like to share it with the audience?

It has always given me a lot of joy and peace to observe places and people. Being in the moment changes the flow of events as time expands when you are in it and focused on it. Photography was the natural continuation, the evolution of the game, to sharpen my attention. Furthermore, choosing what goes into the frame and how is both an exercise and an acrobatic feat to try to communicate something that is evoked without necessarily being something to describe. That’s exactly where I look for the connection to the viewer, in things that are evoked without being described. The book, that familiar and manageable thing, is, in my opinion, the best way to get in touch with the viewer-interlocutor. The physical connection of holding a book is important: the texture at their fingertips as they leaf through it at a pace determined by the feelings and information each image evokes, completing the conversation with the viewer. That doesn’t happen with pictures on the wall; Viewing is usually done from a distance. So if you really want to hear what a photograph has to say beyond what is visible, ideally you need to see it in a book.

“We are lucky to have represented Greece” 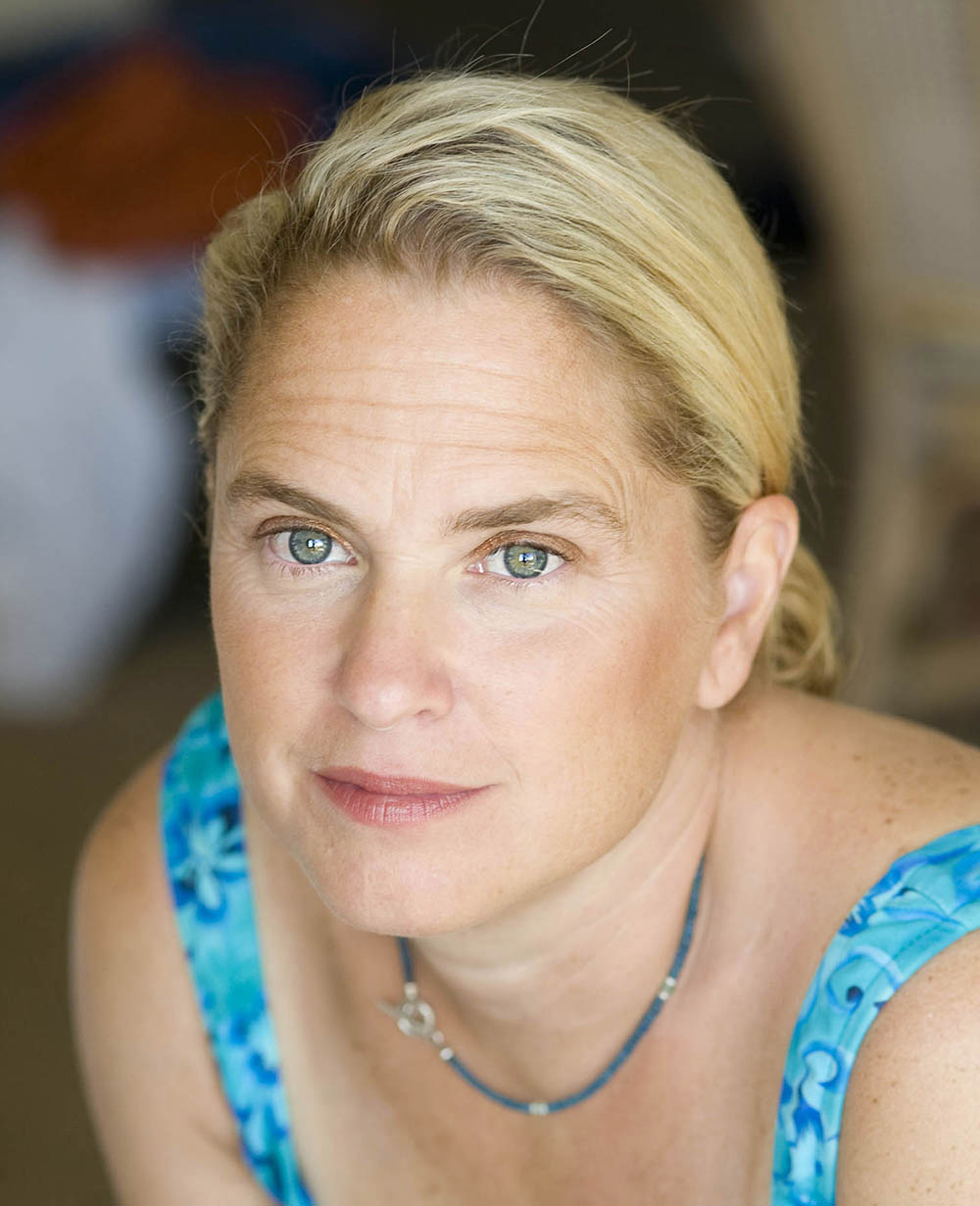 All these years of research into flight, its paraphernalia, its people, its symbols and archetypes… Where does your interest and passion for this subject come from?

My first love was photography and I came to the National Air and Space Museum to pursue a career in photography. I learned everything about aerospace “on the job”, as the saying goes. But oddly enough, before I came to the museum, I had an experience that predicted my future. For my first studio photography assignment as an art student, I chose a model airplane, a world map, and a string of pearls for a still life—objects that would later become an integral part of my life.

What do you and Alexandros have in common? What we do know is that you share a passion for the symbols of flight.

Alexandros and I share a common interest in depicting airplanes and airports, landscape and portrait photography, and the experience of exhibiting photographs together at a photography festival in China. But most of all, Alexandros’ great sense of humor and passionate human nature resonates with me and everyone who knows him.

You were in Greece in 2014 to photograph Lemnos and Elliniko airports for a major project called Art of the Airport Tower (Smithsonian Books, 2015). What did you capture from this experience?

One of my favorite photos is the run-down Lemnos Airport, which was in a state of purgatory when I visited in 2014. Would it wither or be saved and restored like some of the happier historic airport towers? These older towers have a hauntingly beautiful quality to their ruins. But what made this photo even more special was that I captured Alexandros with his camera, the photographer who is known for photographing the ruins of Elliniko.

Where did the idea for Faces of Our Planet come from and what do you hope to show the audience with it?

The idea was developed by the original curator of One World Connected Gallery and myself. We planned a museum gallery of aerospace artifacts with messages about connecting people – and recognized the need to convey personal experiences. With my artistic background, a portrait exhibition of leading photographers worldwide was the natural solution to fill this gap and bring the gallery to life.

Can you tell us something about the choice of photographers? What special role does Alexandros play in this group exhibition and what does his work represent?

I have compiled a list of photographers based on different styles, locations and personalities that I thought could get the job across through images and words. Alexandros was chosen for his experience in portraiture, his professionalism and his way of connecting with people, particularly in his native country of Greece. We are fortunate to have represented Greece with the city of Athens and the outskirts of Lemnos. Alexandros sees the world through a camera with an open mind and an open heart. His boundless curiosity and his natural understanding of people are expressed in his pictures and give the exhibition “Faces of Our Planet” an extraordinary quality.