The Lucas Museum of Narrative Art has revealed new details about its collection — and a postponement of its opening date from 2023 to 2025. 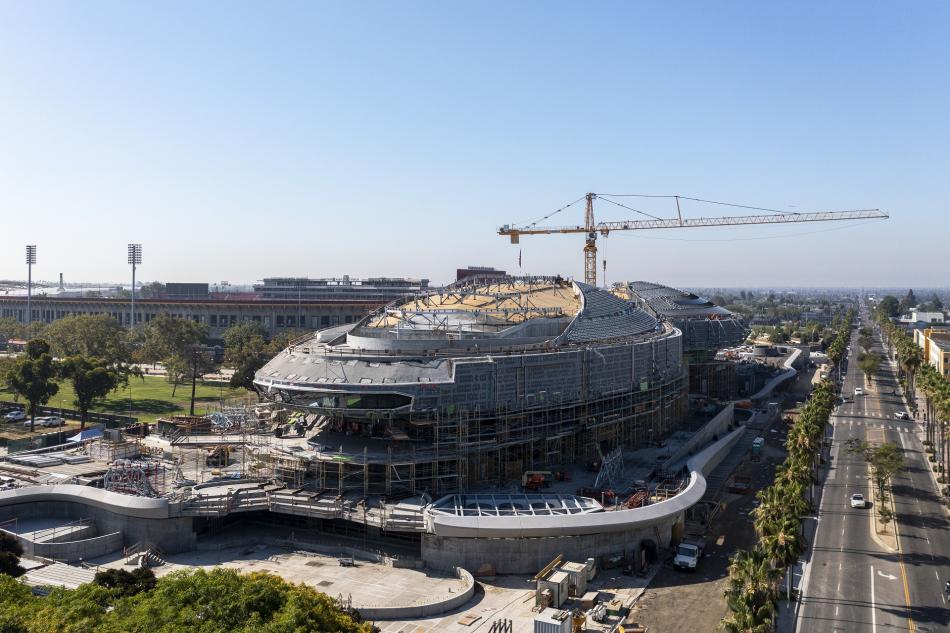 “It is humbling and exhilarating to see all aspects of this new public resource taking shape,” said Sandra Jackson-Dumont, the museum’s director and executive director, in a press release. “We believe that narrative art can connect us and help shape a more just society. Consequently, every element of this institution contributes to this idea – the place is a physical manifestation of it.”

The $1 Billion Museum, a Filmmaker George Lucas’ legacy project, takes shape on the west side exhibition park along Vermont Avenue between Exposition Boulevard to the north and Martin Luther King Jr. Boulevard to the south. The five-story, 300,000-square-foot building – home to a 100,000-piece collection of Roman mosaics, Renaissance paintings and contemporary photography – is the heart of an 11-hectare complex that also includes new parking areas in the south.

“The campus, with its iconic building and domed belly forming a canopy, along with the 200+ trees that take root in the park, combine to create another community gathering place with much-needed shade for our neighbors and others who will use the site .” said Jackson-Dumont. 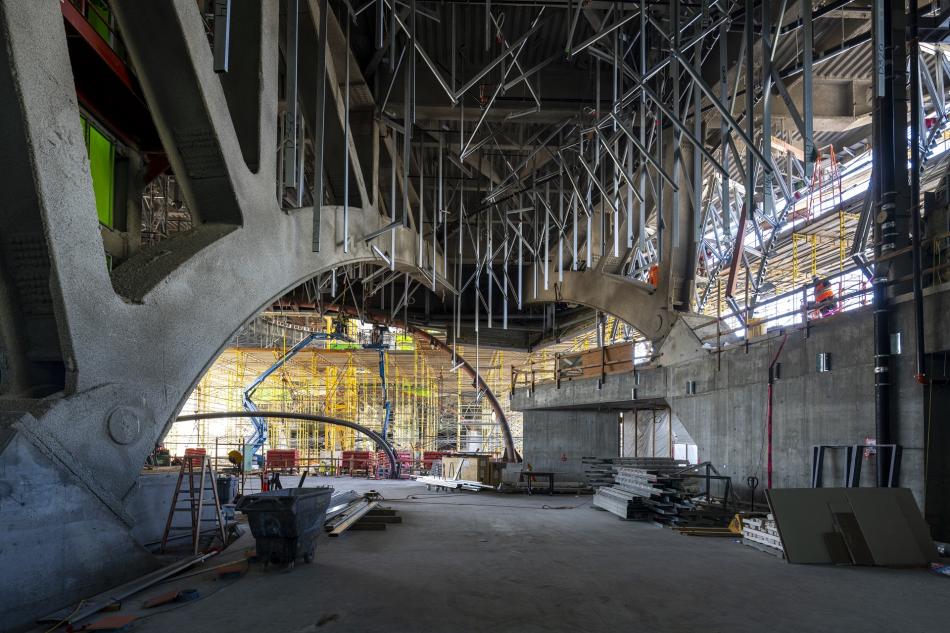 Designed by MAD Architects (with Stantec as executive architect), the Lucas Museum is framed in steel and concrete, with an exterior of 1,500 glass fiber reinforced polymer panels (now taking shape along the south facade). The building was intended as an extension of the treetops of the exhibition park, with a plaza in the center of the site, shielded by the museum structure above.

At street level, gardens designed by Studio MLA have replaced the south parking lots and created new access points to Exposition Park. More than 200 trees will be planted in the newly created open space, which will also include an amphitheater, a hanging garden and a pedestrian bridge.

While the Lucas Museum is perhaps the most visible addition to Exposition Park, it’s not the only major project to recently arrive on the state-owned green space. A long planned one Extension of the Museum of Natural History is directly east across Bill Robertson Lane, and earlier this year construction began on the $400 million Samuel Oschin Air and Space Center at the California Science Center, which will create a 20-story structure that will serve as the permanent home of space will shuttle effort. 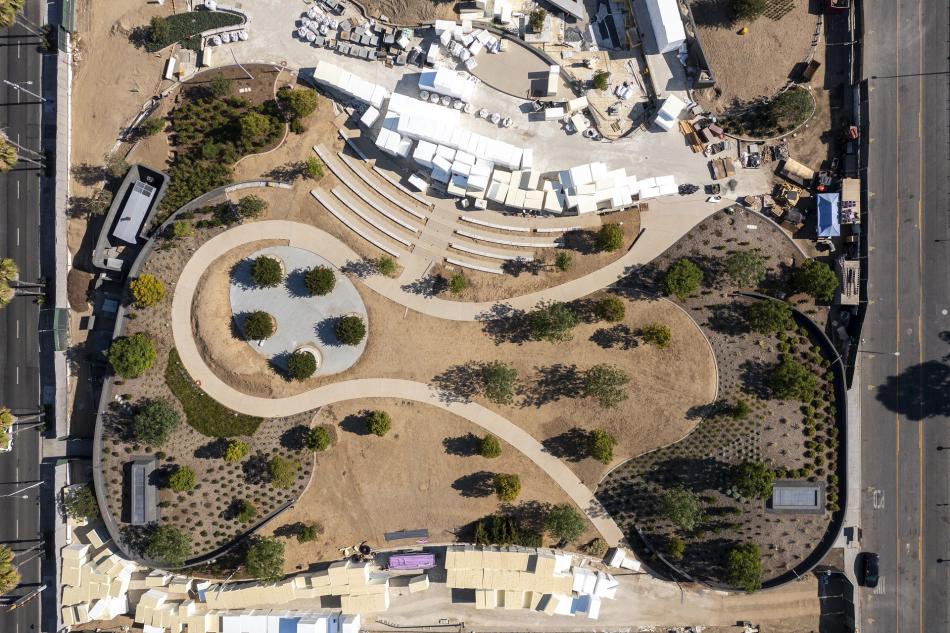 Aerial view of the under construction of the Lucas Museum Park and Gardens, June 28, 2022, © 2022 Lucas Museum of Narrative Art.Hunter Kerhart Architectural Photography