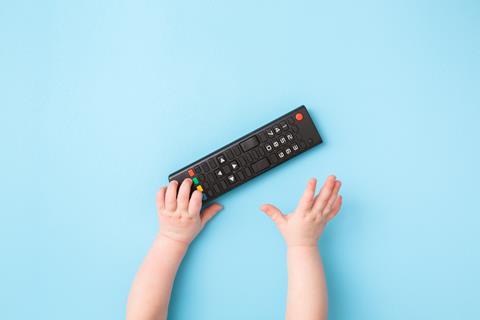 In 2020, a report by the MRC Epidemiology Unit at the University of Cambridge made the need for strict regulation of the advertising and marketing of HFSS foods abundantly clear.

The research team modeled the effects of HFSS ad reduction by correlating children’s exposure to unhealthy food ads with children’s height and weight. The results have been inspiring – and I make ads targeting children to make a living.

That’s 160,000 healthier children. The report went on to outline how the benefits would translate into £7.4 billion in healthcare cost savings for today’s children over their lifetime. We are talking about physical and mental well-being, avoiding bone and muscle problems and respiratory diseases such as asthma.

Also Read :  The Valley of Life: Life science is a global race

So why have some in the food and advertising industries, along with their myriad advocacy groups, fought so hard against this fundamental pillar of anti-obesity strategy? So hard that the government kicked it out in the street? The answer, of course, is hard cash. After all, business is business. But what we’re talking about here is the lives of our children. That is serious.

Throughout the leadership, PM Truss repeatedly said people wanted the government to do something on issues like transport, public services, broadband and cutting NHS waiting lists, rather than “tell them what to eat”. Yes, Liz, they do. But that’s beside the point. A pretty good way to cut those NHS waiting lists would be to ensure that 160,000 children don’t become obese as a direct result of HFSS advertising and promotion.

I don’t care if adults eat too much bad food – it’s up to them. I am interested in the fact that we all support the healthy development of our children.

Things are about to get a whole lot worse. Delaying the HFSS ban on ads, online spending and impulse advertising is the tip of the spear that will impale our children’s health. The rest is even scarier.

When these regulations come into effect, brands and agencies will still be able to use platforms like Twitch, TikTok, YouTube and Roblox to create immersive and experiential communications that drive recall and demand infinitely more than a passive 30-second ad.

In the wonderful world of Web3 and the Metaverse, there is no “watershed”. It’s still the wild west. So instead of ranting about laws that are already 18 months out of date, perhaps the government should act instead of doing nothing.

The way to get there is actually a reformulation. I was part of the team that developed and launched Kellogg’s Multi-Grain Shapes nearly 20 years ago. If it could be done then, it can be done now. McVitie’s, Kellogg’s and Premier Foods are all leaders in reformulation and are having considerable success. Britvic also now has a product portfolio that is 90% compliant.

I know it’s difficult. But it must be done.

Brands should heed some advice from Queen Elizabeth II. When Jacinda Ardern asked Her Majesty’s advice on how to care for children and run the country, the Queen replied, “Just go ahead.”