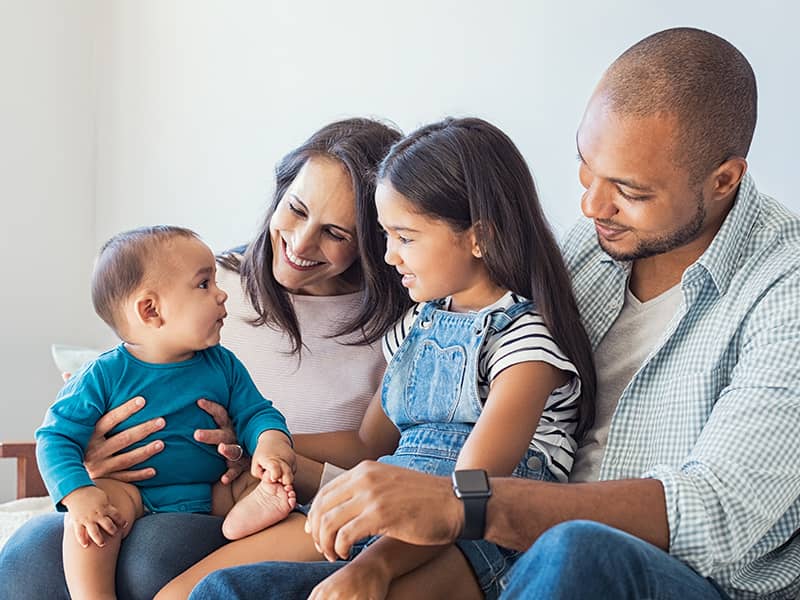 Researchers in a new study from Tulane University found that parents with children or those with more parental motivations were more likely to be attracted to socially conservative values. (Photo by Shutterstock)

Do people become more conservative when they become parents?

Yes, according to a new study from Tulane University, which uncovered the link across different countries and cultures and found that the more children people had, the stronger it became.

“Becoming a parent can have psychological effects that you don’t expect,” said lead study author Damian Murray, associate professor of psychology at Tulane University School of Science and Engineering. “We often talk about how parents will shape their children’s attitudes, but we also need to recognize how easy it is to have children who shape their parents’ attitudes.”

Researchers sought to understand how attitudes emerge on divisive issues such as abortion, immigration and sexual behavior. They conducted surveys to find out whether those who were already parents were more likely to be drawn towards more conservative values, along with those who had more parental motivations.

They surveyed 2,610 people in 10 countries and found that those who were already parents or had stronger parenting motivations scored higher on social conservatism. Another part of the research, using archival data from over 400,000 individuals in 88 countries, similarly supported this link between parenting and conservatism. Finally, a series of experiments showed that participants who wrote about positive interactions with children later reported greater social conservatism than those asked to write about other types of social interactions.

“Given that socially conservative values ​​are said to prioritize security, stability, and family values, we hypothesized that parenthood, or greater investment in parental care, might make socially conservative policies more attractive,” said corresponding author Nick Kerry, PhD, a Tulane alumnus who is now a postdoctoral fellow at the University of Pennsylvania. “Parental status and motivations for parental care have been strongly associated with social conservatism in many different countries, from Lebanon to Japan.”

The study also disproved the popular belief that people become more conservative as they get older. When the researchers statistically controlled for the effects of parenthood among participants, they found that older childless people were no more conservative than younger ones.

Murray is aware that the study’s findings might have skeptics — particularly among parents who may not identify as conservative.

“Of course, this is a big claim, and big claims require large amounts of evidence,” he said. “We have now tested this possibility in several investigations and tried to prove the idea wrong in countless ways. We have controlled for every variable that we or others can think of that might account for the link between parenting and social conservatism. But the relationship remains. We are currently conducting further research to better understand all of the different ways in which our parenting motivations are manifested.”

the multi-study paper, Experimental and cross-cultural evidence that parenting and parental caring motives reinforce social conservatism, was co-authored by Tulane alumni Jimmy Moran, PhD, Riley Loria, and Gregory Chauvin. It was published in the magazine Proceedings of the Royal Society B

Also Read :  A New Study Shows a Strong Belief in Entrepreneurship Among Most Americans