SPORT AT HAND • Two words with three letters. Professional. Con Two little words that mean so much as they refer to the Seattle Mariners. As in: “The advantages of winning on Saturday are outweighed by the disadvantages of losing on Tuesday.” Yes, you are.

• People of the Northwest have long and short memories. If they didn’t, they wouldn’t forget the long-celebrated joy when The Double was washed away by the Cleveland Indians. Or that the glory of the 2001 regular season lasted only about a week in the postseason.

Baseball is like that. The only unbridled joy comes from winning the last game of the season – if you make the playoffs. Otherwise, agony is the long-term consequence. Agony accompanied by what-ifs and should-haves been done. It’s the one truism of a sport that takes hours to play, allows minutes to make decisions, and heart breaks in seconds. 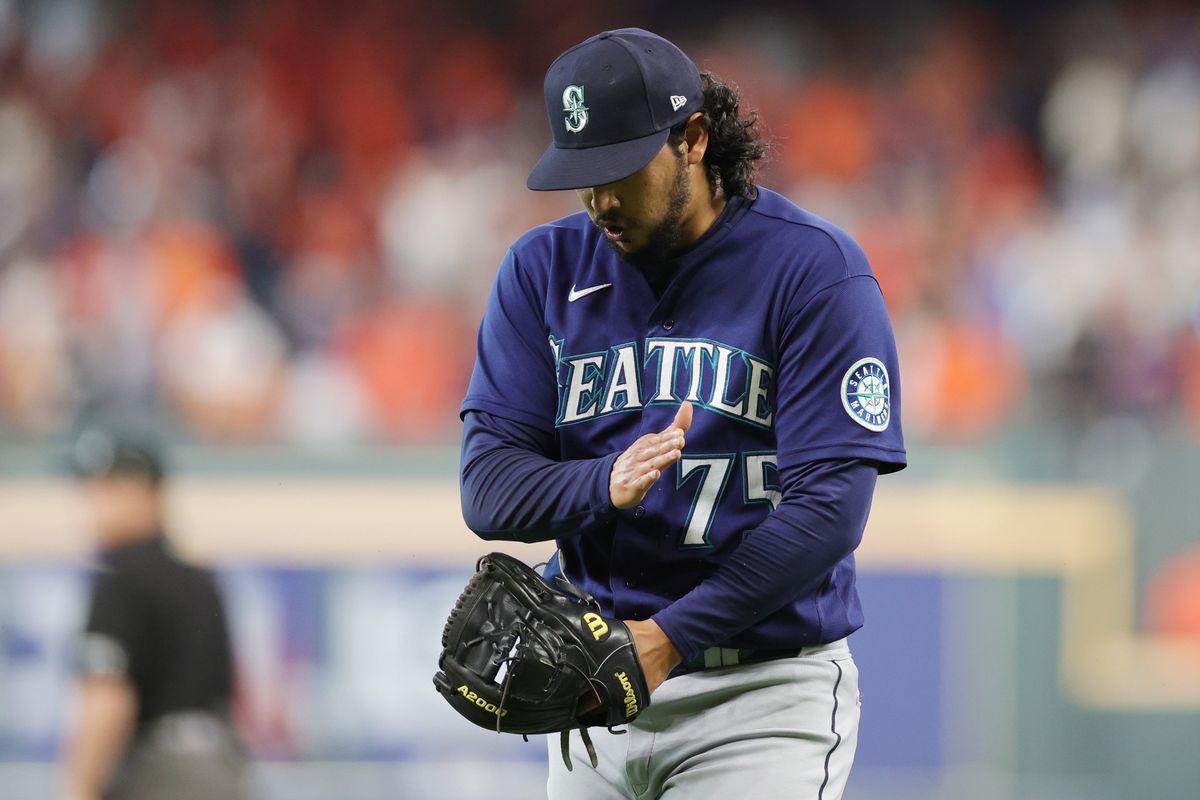 For about three hours, the M’s beat the Houston Astros with 106 wins, the same team that won 12 of 19 regular-season meetings between the two and overtook the American League West by 16 games. Then? Phew, gone.

Two bad pitches. Two home runs in the last two innings. Seven innings of hard work was washed away in a 9-8 loss.

All the pros, like Logan Gilbert’s mostly even first start after the season, are gone. Forgot Julio Rodriguez’s star turn (he had two hits, including a double and a treble, two RBI and three goals). An inning where the M’s bat for a cycle, insignificant.

Instead, the game ends with an entire community of fans questioning a decision. Or decisions. And throwing blame around like flags at a late-night Pac-12 football game.

The disadvantages are obvious. The early missed opportunities to add even more runs. The Hanging Slider by Andres Munoz – come on, four in a row when a guy has a 100mph fastball? – Alex Bregman sat down on the seats. The 3-2 pitch that hit pinch hitter David Hensley in the ninth. The 1-2 shifter from Paul Sewald to Jeremy Pena, which didn’t slip enough and allowed the Astros’ top hitter Yordan Alvarez to go to the plate. 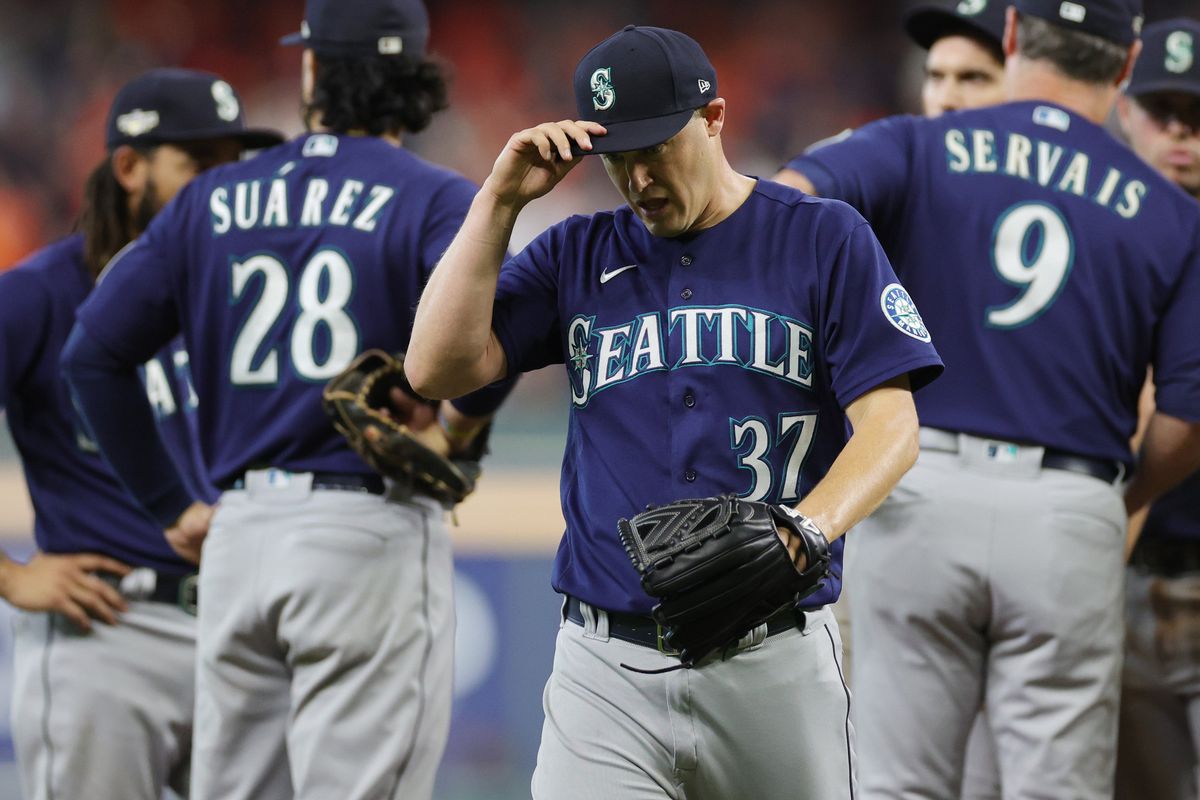 And the scam, Robbie Ray’s please-slap-me-runner-up.

You’re more than welcome to question the decision to bring in Ray, a starting pitcher who has struggled lately and against Houston for much of the year. Consider whether using starters in a situation like this is a good or bad strategy. Second guess as to whether Ray Alvarez should have pitched differently, or whether Ms Alvarez should have pitched at all, or one of a dozen other choices.

That’s your right as a baseball fan.

But remember. If Alvarez was 16 inches off, the ball doesn’t land on the seats. It flies into the right field, falls into Mitch Haniger’s glove and everyone wonders how Scott Servais got so clever.

Think back 72 hours from Tuesday’s heartbreak. Remember the Blue Jays fans who shuffled out of Rogers Center on Saturday, red-eyed, heads bowed and hearts pounding. Each of them wondered why. As. What. Second guess pitches. Decisions after the second guess. Her decision to even be a fan to be guessed in hindsight. An hour before they left the park, they were sure – sure – their team was going to win. Not just confident. Secure.

The benefits of the postseason were obvious to any Mariner fan a week ago. Now the cons too. 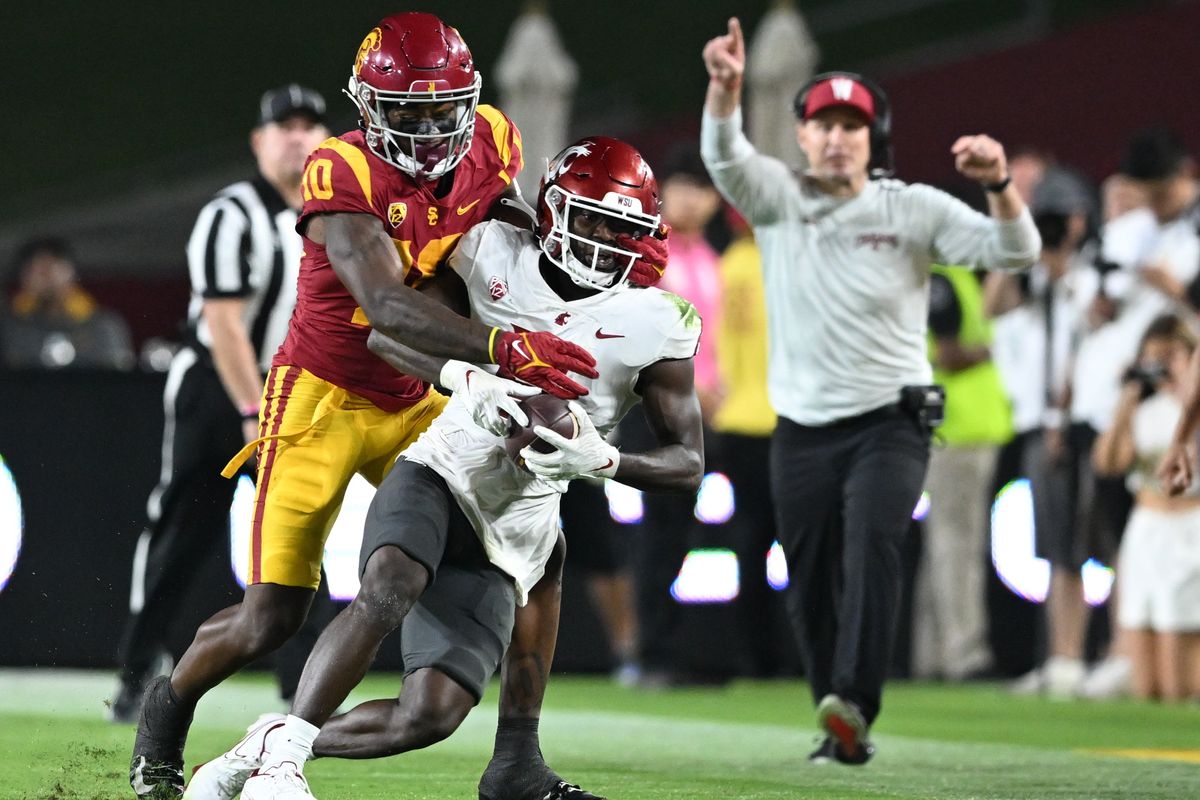 WSU: Hey, takeaways have another meaning in football. Not just thoughts about what just happened, but key elements of each game. The cougars want more of this. Colton Clark tells us how they will do it. … Elsewhere in Pac-12 and college football, Dish and the conference television arm are currently at odds. The litigation has begun. Jon Wilner shares this news on the Mercury News. He also has his weekly shell projections. … Oregon State will welcome the Cougars on Saturday and pull it off with one of the best games of the season. … Not long ago, Washington was full of talented defenders. … An Oregon player is hoping for another college season. … Utah has some issues it needs to fix before hosting USC this Saturday. The Trojans offer a variety of challenges, including Travis Dye. … Exercises are a little quicker in Colorado. … Arizona needs to recover against the Huskies. … On basketball news, Arizona held its media day on Tuesday. And we thought Tommy Lloyd was a Mariner fan. … Colorado has a player who wants to honor his grandfather’s legacy. 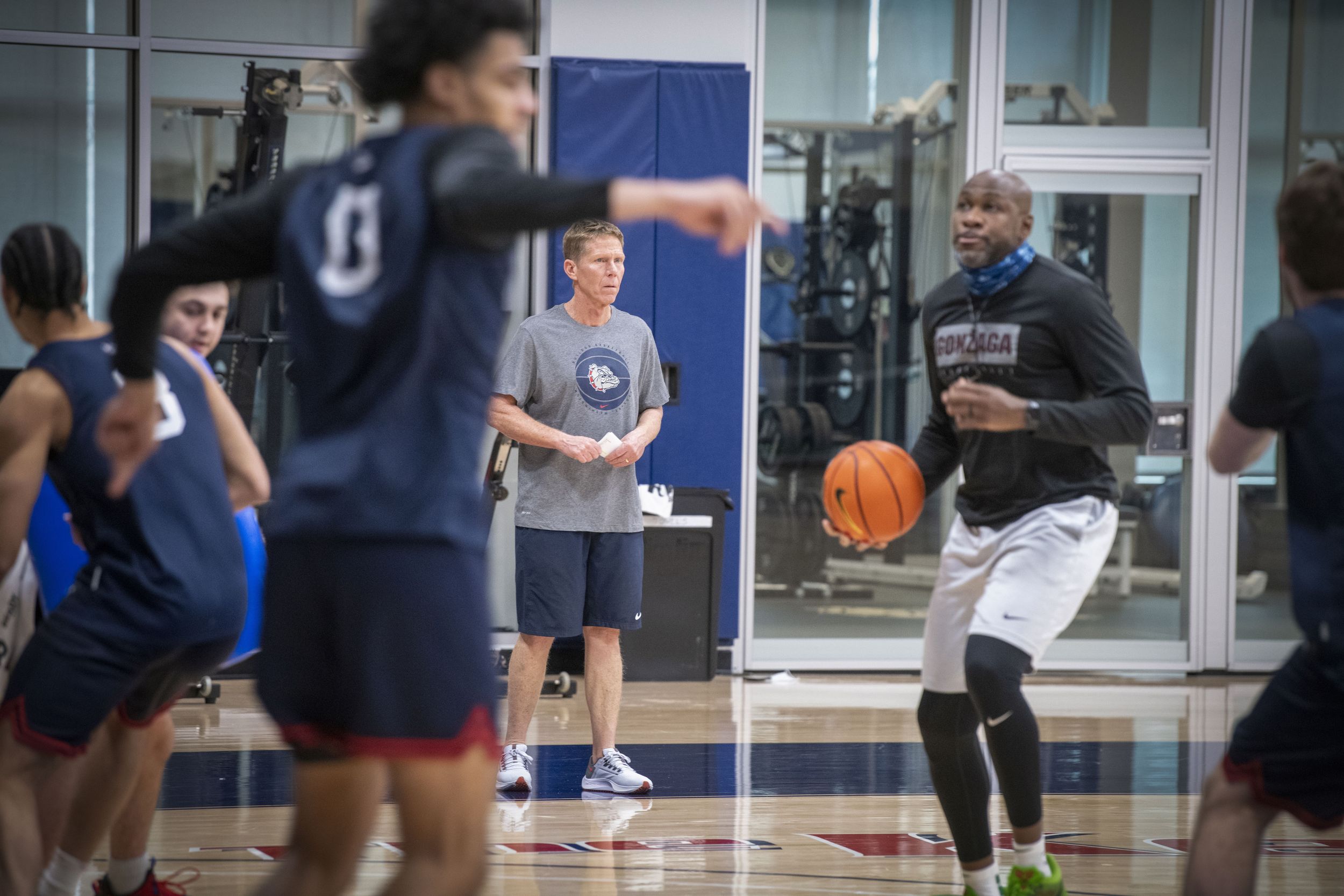 gonzaga: what is the saying Iron sharpens iron? If it’s true, then the Bulldogs should be razor sharp by the end of their preseason practice. Theo Lawson has this story about how intense the GU practices were, and it includes a quote from Mark Few that will bring back fond memories for Zag devotees. … Bree Salenbien is still in the process of rehabilitating her injured knee. As Jim Allen tells us, the sophomore guard has yet to practice this season.

Idaho: We can share some glimpses of the Vandals from Montana sources. … Elsewhere in the Big Sky, northern Colorado is trying to put its worst game of the season behind it. … UC Davis is suspended for the second half of the season.

Preparations: After a long drought, the Shadle Park Boys cross country team is looking forward to the postseason. Keenan Gray tells this story about the group’s effort to bring the state together. … Dave Nichols has a summary of Tuesday’s action. 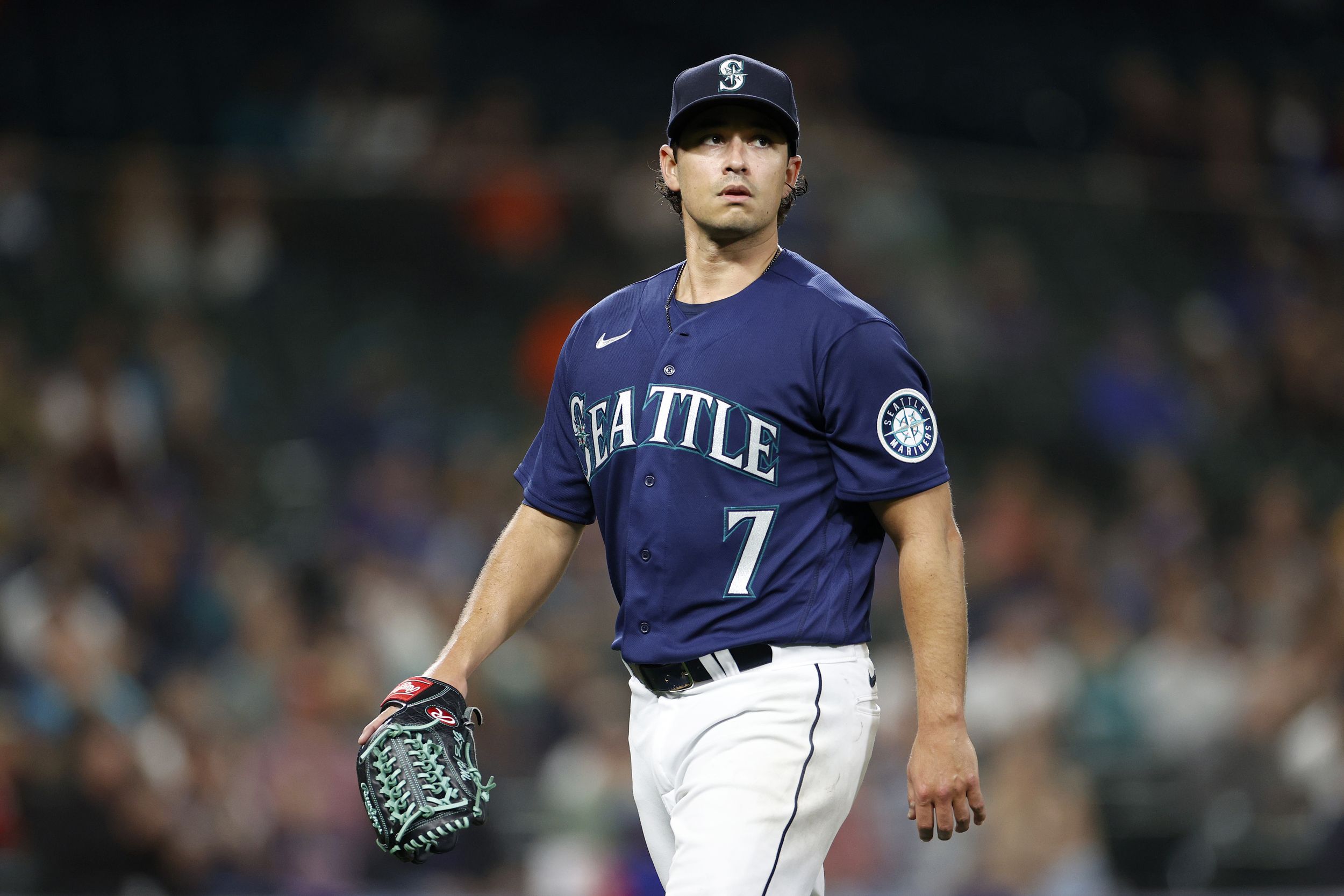 Sailors: How many stories of loss would you like to read? you want opinion We have that with columns by Larry Stone and Matt Calkins from The Times. You want the nuts and bolts? That’s what we have with the game story by Ryan Divish. Would like more? We have that too. … Marco Gonzales is no longer in the playoff squad. … We wrote about it earlier this week.

Seahawks: The Hawks sign Bruce Irvin on the practice squad with the idea the veteran still has enough left to help the leaky defense. … Maybe they wouldn’t be where they were if they had re-signed Bobby Wagner.

Octopus: The captainless Kraken will open a new season with new faces in Anaheim.

• Big wins. Bad losses. Baseball has both. But damn, why do they have to happen so close together? Those poor Mariner fans who haven’t seen the postseason are getting a master’s degree in the game’s emotions, aren’t they? And that in less time than an MBA at the WGU. See you later …